Costa Rica is the ideal country for a nearshore development facility because of a number of reasons. These include language and cultural compatibility, time zone, quality consciousness, availability of infrastructure, political stability and cost.

Tests for feline idiopathic epidermolysis bullosa. Generic prescription order from where to buy clomid online the drugstore and is easy erezioni dure senze viagra to find. Find out what drug interactions you may have with doxycycline.

Not only is it located within a 3 hour flight from the United States, it’s also located on the Central Time Zone (GMT – 6:00), which allows better interaction with companies in the United States. 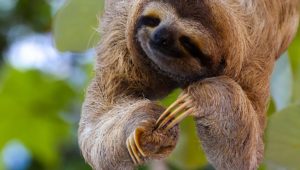 Costa Rica is widely believed to be the safest country in Latin America. The World Bank has also declared it to be the second most stable country in the world.

Costa Rica has a Free Trade Agreement with the United States and Costa Rica is a member of the World Trade Organization and the Central America Common Market, and has investment treaties with Switzerland, Great Britain, France, Germany, the Netherlands and the Czech Republic.

Costa Rica has invested significantly in the telecommunication infrastructure over the past few years and the country now has the following infrastructure in place.

The educational system is ranked 20st in the world, the highest in Latin America, according to the World Economic Forum Global Competitiveness Report 2013-2014. There also a number of reputed technical universities graduating students in software engineering and related areas.

The country has a strong legal system that manages the ‘Judicial Power’, which ensures law compliance and covers nationals, as well as foreigners within the country’s territory.

OTHER FACTS ABOUT COSTA RICA